We talk about home as though it’s a place to return, a point in time when we felt whole.

He says that home is a place that lives only in memory on a beach with a him that furrows his brows even at ten years old.

She says home is where she’s a made a place for incarnations of herself through time and space – a yoga class in India, a tug boat watching sloths by the riverside in Costa Rica, sharing an ice cream cone with a new friend by the ocean one night in Italy.

He said what if we were like turtles and carried our homes with us on our backs.

He said there’s no home to return to, there never was a home to begin with. Home is the travels, the constant discomfort of being on the long trails across the united states and mulling over history like mossy rocks in your hand.

Home is a language that leaves inferences such as, your son plays the tuba very well, meaning that he’s too loud. It’s a hillside of sheep, the way the grass folds around your ankles, and the crisp of the night air under a sky of stars.

She once wrote that it was her body that carried her stories like a notebook in the ether all around her and her body that she grew over the years to love because it was her only vehicle in this world. You will be given a body. And yet we spend so many years fighting it into submission as though it’s us when we are a stream full of cosmos breathing in a skin suit.

She says home is far away and she remembers being thrown to earth. She sometimes looks at the sky and tells me she wants to go home, even though we have no idea where that really is.

He says home is the smell of cookies and laughter and music in the back drop like the sound track of our lives.

She says home is all the parts and pieces of how she grew. It’s seeing why she is the way she is and housing all those parts in the safety of her skin, like summer camp.

He writes about home the place he’s searching for. But instead he writes about all the things he’s lost. Home is the kindness he showed you when you were raised by wolves.

I write about mango and the sun on my skin, waves crashing into the night, chocolate chip cookies and pinwheel shadows on the ceiling, sleeping in the back of the car after holiday parties the rumble of the engine underneath my hands folded in sleepy cat paws.

I write about incarnations and all the people that are me in me, all the simple adventures, the love and lost and found, how the world can feel endless and the size of a needle top. The way the sand clinks and filters under the waves as it rocks my body back and forth with its push and pull.

Home includes future memories that haven’t happened yet, that I will breathe life into. How she says it’s fields of sunflowers and how she sees her arms spread out at her sides, the feeling of freedom.

What if we keep our home with us, like a turtle with a shell the memory of them imprinted for always, till we return into ourselves to where wholeness lies. 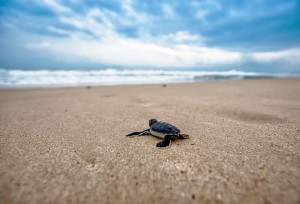