Courage is a Little Like a Rat
By Z Zoccolante

When people talk about courage they sometimes post pictures of lions, majestic and silent, standing astute as the wind blows through their manes. Some say that courage doesn’t always roar, that it can be that little voice that says let’s try again tomorrow.

Whenever we attempt something in life that matters it takes courage. We tend to talk about courage in huge ways but courage isn’t always the insanely huge things we do.

It can take courage to set boundaries with loved ones, to stand up for yourself, to call a therapist for the first time, to practice loving yourself. Change is full of courageous acts.

When I think of courage I think of being scared, of having all our fears pop up, all the little voices that tell us we’re not good enough, or who are we to attempt to do x, y, or z, or why does our little thing even matter.

Having courage is letting all those things be but like a radio station turning down the volume on them. It’s saying, yep those are all things that pop up from my past. Yep, that’s a fear I recognize but I’m going to keep going anyway because what I desire is important, creative, fun.

I think about my pet rat I had years ago. She was a crazy, bold little creature no more than a few inches long. She was paranoid and tentative. She refused to crawl through tubes we set up to have her play. She would hide under the couch or in my shirt. She didn’t like to be out in the open.

But then she’d do the bravest little things. Like steal a Q-tip from the bathroom trashcan and wait at the bathroom door her eyes darting back and forth, back and forth across the open living room. She’d fixate herself on the couch and then sprint head down full blast hipity hop to the safety of the couches underbelly.

She would race across the bed to where we had chocolate between our fingers and hold on for dare life as we held the chocolate in mid-air. She held on by her teeth, as her body squirmed in mid-air.

She taught me that the world can sometimes appear to be a big scary place but there comes a point when you have to make a run for it across the living room floor. There has to be a point when you decide you won’t give up even when you’re hanging in mid-air.

Courage is persistence. It’s doing things even when they scare you. It’s turning down the radio volume on all your fears so that they can still be there but they don’t get to run the show.

Courage is doing the things that your heart yearns to do even if you don’t make it big or get external validation, even if on the outside it looks like a “failure”.

Courage says, no, no. We were simply playing. We were experimenting with our desires. If that doesn’t work we can make it better. We can start again. We can take what we learn. We can walk away and start something new.

Courage is hipety hopping across whatever living room floor is in front of you right now. 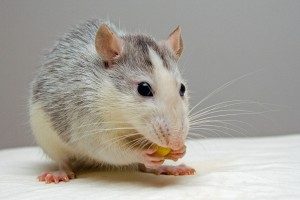