Do I have An Eating Disorder?
Guest Post by Brian Tran

(Note from Z: Hi Friends. Unless you have an eating disorder, there can be a lot of confusion about them. The guest post below is a simple guide for friends, family, and even you if you’re slipping into the disorder and aren’t sure it’s an actual problem yet. Share it with someone in your life that can help. Check out the extra resources at the end of the post.)

The ubiquitous nature of social media exposes many young teens and adults alike to look to unrealistic standards when it comes to the perception of an “ideal” body type. These standards are imposed everywhere around us- and can have detrimental effects to how we perceive health.

Early childhood to adolescence is a period of time where one can be especially vulnerable to developing an eating disorder.

First and foremost, it is important to recognize that if you feel like you truly struggle with any matters regarding your body image, you communicate with your closest peers/loved ones with your thoughts. Do not feel embarrassed or ashamed to call for help, if you develop any of the habits that are associated with an eating disorder.

Statistically speaking, adolescents with eating disorders face significant impairment- especially through instances of comorbidity with other eating disorders. This means that there are times when an individual with an Eating Disorder can be preoccupied with more than just one.

Below are some types of eating disorders that one should have a comprehensive understanding of. While these aren’t the only types, do not come to quick conclusions concerning your (or your friend’s) potential status of having an eating disorder. Consult a professional for further information. Below are some of the most prevalent disorders: 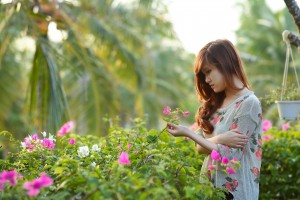 For those who believe that a person afflicted with an Eating Disorder can simply start eating more to recover is wrongly mistaken. Eating Disorders are extremely serious and need to be treated as an illness. Sometimes, some may perceive an eating disorder as a lifestyle choice. It is not.

These illnesses cause an immense amount of suffering. To those who think about having an Eating Disorder be “a choice,” it is not. Who would choose to constantly obsess over their body image to the point where it causes distress in other parts of their lives? Any individual with an Eating Disorder must be referred to a specialist in order to properly address their illness.

Many also seem to perceive that one can tell if they have an eating disorder just by simply looking at their physical appearance. That is also false. People come in different shapes and sizes. Regardless of these differences, all of them are prone to it.

The myth that men do not suffer from Eating Disorders is also false. 1 in 10 men are also prone to developing a disorder. It is also regarded that up to 40% of people with BED are men.

Nutrition is one of the biggest components in order to lead back on the road to recovery. While it is obvious that the person with an Eating Disorder needs to eat better, a large element of treatment also involves psychotherapy. Counseling and monitoring these illnesses on a daily level can aid in the recovery of that individual.

An example includes Cognitive Behavioral Therapy, which is designed to correct any misguided thinking patterns, and to dispel any type of negative (and incorrect) belief that can trigger these recurrent episodes.

For those who have such intrusive thoughts about their body image, and see that you or a friend may suffer from these behaviors, do not hesitate to talk to someone who you trust. Revealing that you have this potential problem may be tough. However, the sooner that this issue is addressed, the quicker the intervention can be. While recovering from an Eating Disorder may be challenging, it is possible. Such recovery can take months or years. While it may seem long, those who used to be afflicted now are free from these obsessive thoughts and continue their lives on a much better path.

About Brian:
Brian Tran is a soon-to-be graduate of the University of California San Diego with a Bachelor’s in Social Psychology and History. He’s an avid Lacrosse fan and enjoys promoting a healthy lifestyle that encompasses a sound mind and body. You can find him blogging at TherapyCable.com.