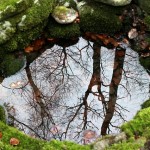 For those of you who don’t already know, I have a slightly dark sense of humor. Finding a laugh has always helped me dance through tragedy or misfortune. Mel Brooks once said, “Tragedy is when I cut my finger. Comedy is when you fall into an open sewer and die.”

We all have a little dark side – like when you see your cat sleeping peacefully, while dangling precariously, at the edge of the bed and you have that tingling urge to give them a loving, little nudge. Or that split second when it’s kinda funny that the little kid tripped at the playground .

In these special little moments, I sort of zone out for a second, like Walter Mitty, playing the scenario through in my head, watching my cats eyes shoot open in mid air as I bet on whether she face plants into the carpet or does a completely ninja style decent with legs bent all four paws down, claws out for the attack, of me.

Then I rewind time, pet her soft fur, and ignore, yes IGNORE, the urge for the surprise attack. In all honestly though, I love animals, and if anyone was hurting them in front of me I could probably take a few healthy swings at them with a bat.

We, as a society, have a strange relationship with tragedy, misfortune, and humor:

We (and I use this term loosely as a collective culture) watch violent movies of war, ever popular zombies and other such gross horrors, or action flicks where the good guy enters and blows everyone in the room to smithereens with a 45 magnum while we eat our lasagna and cheer as they die.  I’ve actually found myself angrily raising my voice to my TV (normally we have an excellent relationship), saying, “Stupid idiot don’t let him talk, just kill him already. Shoot – him – in – the – head.” I felt so awful that I could say that about a life that TV and I had to break up, for the rest of the night.

I come from the days where my parents had my brother and I cover our eyes during the sexy parts of movies and my mom would throw my father the stare that said, how did you think this would be appropriate? But then I found out that when we were under ten my parents took us to the University of Hawaii theater for the cult classic, Rocky Horror Picture Show, complete with people, I’m assuming, dressed in costumes and threw toilet paper at the screen. I don’t remember any of this, but I laughed at my parent’s reactions when my brother and I stumbled upon the movie while flicking channels during high school summer break. We both had a faint memory of it and it turned out my parents got the chance to feel embarrassed that they had taken us to it as kids. We all had a good laugh about it and hey, we turned out ok.

That’s what I thought.

Violent humor is even appropriate for all ages as the show America’s Funniest Home Videos proved. Remember that show, the one with Bob Sagat? It was where families got to share the moment their loved one got their nuts bashed in, while everyone had a good belly laugh, and they crossed their fingers so Jonny one nut, (who will now never be able to have kids of his own), might win the family their big shot at ten thousand dollars. We watched that show all the time, as a family of course.

Nonetheless, my husband, who thank God loves me dearly and doesn’t think I’m some weird freak, well, doesn’t think I’m some freak, has found it fun to play with me. He likes to hear me laugh from the next room as I read something or find a FB video that cracks me up. He keeps his eyes on his computer screen but the love is in his voice. “You’re so cute,” he says.

So because I have just unfolded a little of my realness for you, I thought I might share the wonderful thing I woke up to on the bathroom mirror. 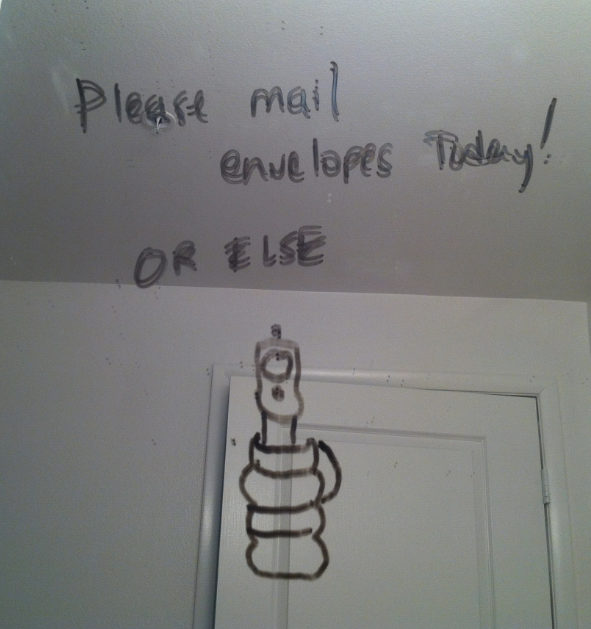 And for those of you who still haven’t found your sense of humor sometime during this article, this was waiting for me in the kitchen. 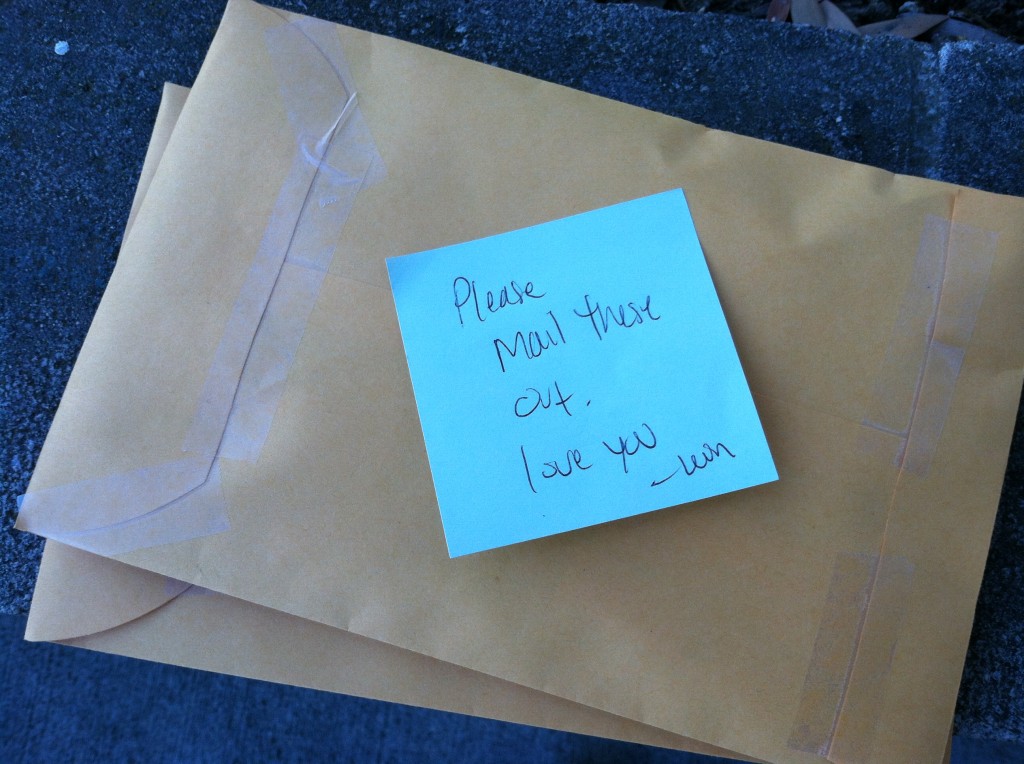