Something Old, Something New
By Z Zoccolante

Yesterday my dog Vega got a new toy. As I rip open the little package that arrives in the mail and peer into the bag my eyes glaze a tad with tears. Even though I bought it for her, the sight of it catches my breath. You see, it was a new toy but and an old toy at the same time. 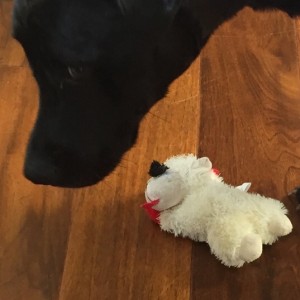 “Lammie,” I croon softly into the package as Vega’s head tilts to the side, ears flopping, brow in perpetual concern. As I remove the little white lamb stuffed animal I flash back to the first time I held her in my arms, a tiny fuzzy puppy the adoption rescue had named Pieface.

Her face was so tiny as she chewed the collar of my winter coat and the lady took a photo of all three of us. Me, him, and Vega. As we walked down the sidewalk, the sun was falling and I held her in my arms like she was made of glass and whispered, “You’re part of our family now.”

He walked ahead of us, always thinking a step ahead, and opened the passenger door for me. She leaned into my body and whined. Why was I this terrified of having a pet as a responsibility? This was my first dog, ever.

Lammie was her very first toy and she loved it and chose its smelly white fur over any other new toy.

I don’t remember what happened to lammie. Maybe it was lost or destroyed? As she got bigger she had a habit of dismantling her stuffed animals and looking incredibly distressed over it as though someone else had murdered them in secret.

Lammie is both old and new. The old lammie is gone, yet this package holds a shiny new one. It’s the same toy but it’s not the same.

Shortly after we welcomed Vega into our family, our family ruptured. Vega was the reason I had to get out of bed everyday. For months, I wandered the neighborhood in my pajamas like a zombie after the implosion of the world I’d known.

“I’m glad you took her,” a friend tells me as I think of her circular warm body against mine under my covers at night. I think of how I’m greeted with the wiggle worm her torso like a fish out of water every time I return home. How happy she is at the grassy knoll running and jumping after her ball. Her extended sighs, as though life is exhausting, as she lays out on the couch next to my friend and I.

I think about how things often return to us but maybe not as we expected them to – Maybe different, with things added or missing, or lost forever.

I’d be lying if I said I didn’t miss my past, and I’m also a different person now – with things added, missing, and lost forever in the abyss of memory I carry like watery curtains to a play where I’ve memorized all the lines. Yet each time the spotlight shines there’s still a sliver of hope that something will be different, even though I know better than to believe I might alter time.

After a good play, even if it runs us through terrible emotion, horrifying feelings, joy or heartbreak, it takes us on a journey. When the curtain falls we’re changed, never the same.

We can’t go back so we learn. Ideally, we grow into softer, kinder, stronger people whose scars, like invisible tattoos, tell tales of our journey. 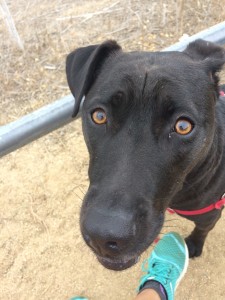