If I Could Tell My Ex One Thing
By Z Zoccolante

There are various theories on why we enter into relationships. Some say we are designed for connection with other humans, friendship or intimate. Working with addiction and coming from that background I believe that it’s true because I’ve seen time and again people trying to meet their connection needs with a substance or addictive behavior. I have heard of someone leaving candy wrappers on their pillows like lover’s faces. I myself, embodied my eating disorder into a mystical sorceress I named Lillie who was my best friend and when boundaries and abuse meshed hand in hand with purple bruised kisses. People talk about their drugs like they are people – give them identities and personalities. It is a real relationship we have with these things.

So maybe we are genetically designed for connection. If you think about it that’s why they isolate people in solitary as punishment, as though being alone is the worst thing that could ever happen – taking away other people, any connection.

It’s true that if human babies or animal babies are not touched they can die or their nervous systems become wired in unhealthy ways.

Yes, connection. But what about joy?

When I think of being in a romantic relationship I think about joy. I think about that desire to share the joy of living with another human. I think about how I’d tell people that I loved them, even “I love you friend” when I was laughing with them and there was the energy of connection, warmth, joy. When things are happy I call my best friend so we can celebrate together and joy increases. When I’m sad, I call my best friend and she listens to me and it feels like the heaviness gets smaller.

Recently, I ended a short thing with someone I actually liked and it makes me sad. It makes me sad because he showed up so interested in the beginning, present with the things that made me feel safe to be myself. A psychology teacher once told me that trust is built over time and consistency. I believe this is true but the problem is that it sucks to go through life not trusting people as though I’m waiting for them to change, to have everything get fucked up, to have my heart bruised or sad or bummed or whatever.

I’m fucking angry because of the way my long relationship started years ago with the person I used to be married to. We had a fairytale where his interest didn’t waiver in me. We had other problems later on but trust wasn’t one of them. I felt safe and secure and we laughed so hard sometimes I remember tears in my eyes. I was an asshole in many ways and I was also doing my best and still I remember feeling deeply loved.

Recently, when I asked a direct question and the fling thing confirmed my intuition, I was so fucking angry because what I heard wasn’t the conversation in the car, it was the conversation 3 years ago when the person I loved and had planned my whole life with broke a promise.

It was the moment a few days after my ex-love had come clean that he was with someone else and wanted to end the marriage. I’d texted something that I wanted to have a conversation with him about it and I couldn’t promise that I wouldn’t cry but I would not lash out at him or be cruel. He said something nice and said he’d be home around 7 to talk with me.

In the 11 years I’d known him he kept promises, always did what he said he was going to do. He had a high level of integrity.

7 came then 7:30. I was on the phone with my best friend and as the time ticked on I unraveled into panic, anxiety, and frantic furls of pain. My best friend talked with me. She gave me empathy and support. I remember crying to her and saying that he was probably with her, the other woman. Something in me broke that night because it was the first time he’d lied to me and not followed through.

I remember being in bed in my black bathrobe staring at the ceiling, my brain not even able to wrap itself around this fact, the claws of my mind frantically trying to exit a closed door and me trying to shut the door with all my weight because I was terrified of what would happen if I let the door fully open. Would I crack into a million pieces, would my heart split in two, would I die, would I never be able to get out of bed? Would my heart literally stop beating because the pain was too much, because it had nowhere to put this new information, no process to organize it?

I remember how the front door opened at 1AM, how no lights went on in the living room, how I heard him slink over to the couch to sleep. And it took everything in me as I made my way in the dark and sat next to him sitting on my legs in judo style. And I knew he was gone. I knew he was completely checked out from my life. I knew this was the last real conversation I was ever going to have with him and so I told him – I thanked him for all the ways that he was amazing to me for the previous 10 years of our marriage. I thanked him for how much he’d loved me and supported me when I had my eating disorder. I thanked him and I told him I thought he was making the biggest mistake of his life. And then I got up and went back into the bedroom.

That moment sears through me like a knife dripped in kerosene because it was in that moment that I’d felt the worst feeling I’d ever felt – I felt like a piece of trash. Like I wasn’t worth telling the truth to, like I wasn’t worth the effort it took to not go fuck this girl so we, the person you were still married to, could have a conversation to end the 10 years of our life together and to figure out how to move forward separately.

I felt like a piece of trash with the person that once upon a time used to make me feel priceless.

That night was the night that I remember this fear, panic, anxiety, this complete drop in my heart – the way I felt like the string was cut and I was falling down into a bottomless pit. I felt like a piece of trash.

That was the moment when my heart subconsciously thought that it needed to protect me from ever feeling this again. The solution was simple – never trust people. The fall out stung – severe anxiety, anxious attachment, and internal stress. I never used to be like this.

For the past month, while I was with this person I liked I’ve had a cough for most of that time. This is an emotional cough. I know this because my body freaks out with new connection. My body tries to protect me even when I want to be in connection with someone else.

This is the damage that’s left behind. These are a few of the ways it’s affected me.

And the shitty thing is, that when I’m alone, when it’s just me – no romantic anything, I’m so joyful, playful, fun. I like myself more than I ever have in my whole life. I’m the person I wish I could have been with my ex-love. I’ve done more work and growth on myself in the past 3 years that I have my whole life.

And yet, I want to be in another great romantic connection in which I get to share that joy of living with someone who we mutually rock each other’s worlds – where we can be silly, and fun and laugh till we cry, and adventure, and connect and build, and explore.

But my heart and my body aren’t on the same page because they’ve got some shit still there. And I’m angry that all the shit I’ve done to clear it, hasn’t irradiated you from my heart, or the memory of you, the trauma of the end.

I’m angry that you get to have another life, that you just got to slide into it like sliding into home plate, leaving everything in rubble behind you and walking away with a trophy of what a good man you are. I want to fucking scream – Does anyone fucking know what happened? How he blew up my whole fucking life and turned away while I was bleeding out all over the floor? Does anyone fucking even know that!!! And do I think you’re happy? Maybe? Probably no? Karma doesn’t leave anyone out of the game. Our body holds our secrets. But who am I to say. Maybe you are happy and the highest self in me does want that for you.

But right now, I’m sad because I don’t want to blame you and I don’t like the baggage that was left behind, how I’m different in ways that keep me from opening my heart because of what happened. I’m sad that you fell into another life without pause with someone else’s wife and kids, and I was left alone in shock. Even though I believe in love, my heart is the one that has to try it out in the world and get hurt over and again now. I don’t want to kiss a swamp full of frogs. I never did.

And perhaps you’re cheating on her too? No, I don’t think you are. I don’t think that’s who you ever were at the core. Even now, I stand by what I said: I think what you did was a mistake.

So where does that leave me – with all these realizations and no place to organize them. What I want is to throw them out, for my body to forget that they ever existed. I’m finding ways to do that. I’m resourceful. The world is abundant. God’s got my back.

It’s ok for me to be sad about it sometimes, but I hate that every frog that I throw to the side emotionally rides a train back to you. I can’t wait for the day that’s not true. That day will be soon. 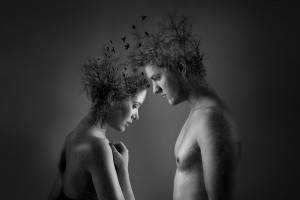