The One Who Left You
By Z Zoccolante

This is for the you that brought a doll for your friend’s birthday, but it wasn’t the “right” color, and your friend opened it and made a face and you pretended it didn’t hurt you like a pencil stab in the heart, but you went under the table at pizza hut to cry and lied to the parents when they peeked their heads under saying that you’d dropped something.

This is the you that prided yourself in being a tomboy and was tricked into jumping into a hole by two of your best guy friends and hearing them laugh about trapping you in there. This is for the you that shoved that down instead of crying and laughed about how cool it was looking up until they got bored and you crawled out as though it had been a joke you’d created all along.

This is for the you that got up at midnight when your best friend slept over and pushed the wooden kids table next to the fridge to open the freezer and eat ice cream out of the carton with a spoon. This is for the years later when you tell that memory to someone and realize they didn’t have ice cream in a freezer or a father and mother sleeping in the next room and realize how even the small things that messed you up will never be what others have experienced in the world. And still that’s ok.

This is for you that stood behind the lockers as the three girls who you thought were your friends talked shit behind your back and you felt stupid and small and instead of stepping round the corner you did nothing and let it rot out your belly and the space between your breaths until you became so small nothing could hurt you anymore, so you thought.

This is for the you who ran for hours in the hills behind your high school trying to run from yourself and the anxiety and all the ways in which you felt as though you’d scream by simply being in your life but you kept silent and wrote novels in your journal in cryptic text and ate all your words and watched your body fade away until you could see your hips bones because somehow that meant power, somehow that meant that you’d won. But you didn’t.

This is for the you who liked a boy who lived across the way in college and how one day you were excited and anxious about your connection and you saw him come home. You used your neighbors phone to dial his room and his roommate held the phone out to him and you watched as he made the motion in the air to tell her that he wasn’t there. But you were. And you saw it. And you collapsed a little bit inside.

This is for the you who had one electric kiss and how the boy texted you something silly on the way home about seeing dumpsters roll across the parking lot and how it reminded you that when someone likes you everything reminds them of something they want to share with you. It reminded you that when people make an effort they do and how everyone is capable of it but often the moonlight doesn’t align.

This is for the you who was so shy to talk to the boy you had a crush on that you’d blush the second he addressed you. For the you who didn’t have the guts to like anyone out loud because you didn’t even like yourself very much.

This is for the you who waited every day for a week to come home to a futon on the floor to watch marathons of The Office with the man you loved and laugh till you cried and how if you died during that week you could have said you died happy.

What would linger? The days of Friday night Disney movies and tater tots, building forts in the backyard. What would be the domino that sets it all tumbling? It’s often unsuspecting things that our mind assigns some strange belief to: I should have been able to stop everything when I was 3, says my client hearing the words that come out of her mouth and watching her face morph to confusion. We know it’s not true but somewhere we’ve chosen to believe it, and suffered ever since.

This is for the you who when you shine that black light looks like a sky full of stars and how you will systematically pull them from the sky with an eraser and dust them clean and place them in a box in the ocean where they can fall peacefully asleep.

This is for the you that will begin again with a blank canvas and the first fingerprint will be yours, claiming yourself first. 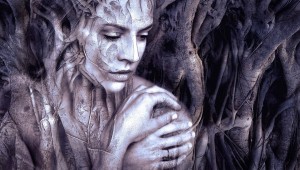