A note from Z: As someone who works at a drug/alcohol rehab, I often get asked the question, “Will my brain ever go back to ‘normal’?” When we’ve abused our brain, for any reason, we often wonder if we will ever heal. The answer is Yes, We Can, because of something called neuroplasticity! Here’s what it is and how it works for you . . .

Brain plasticity, also known as neuroplasticity, is a term used by neuroscientists that refers to the brain’s ability to change and grow at any age. This flexibility is critically important during our brain development and in shaping personalities.

Prior to the 1960s, scientists believed that changes in the brain only took place during infancy and childhood. Most believed that the brain’s physical structure was permanent by adulthood. Modern research has concluded that the brain creates new neural pathways and alters existing ones to adapt to new experiences, create new memories, and learn new information, right up until the day we die.

Psychologist William James was the first to suggest (in 1890) that the brain was not as unchanging as formerly believed. In his book The Principles of Psychology, he wrote, “Organic matter, especially nervous tissue, seems endowed with a very extraordinary degree of plasticity.” However, his idea was ignored for decades.

From the 1920s to the 1960s, researchers began to explore the creation of new neural pathways and followed cases where older adults suffering the aftermath of massive strokes were able to “regain functioning, demonstrating that the brain was much more malleable than previously believed.” Modern researchers have confirmed that the brain is able to rewire itself following damage. 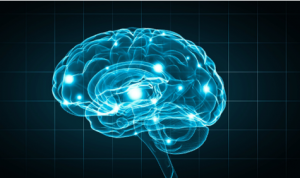 There are a few defining characteristics of neuroplasticity:

It varies by age. Though plasticity is present for a lifetime, certain changes are more likely during specific ages.

The brain never stops changing in response to learning. In cases of damage to the brain, the areas of the brain associated with certain functions may be damaged; but, healthy parts of the brain may take over those functions and the abilities can be restored.

Environment and genetics both have an influence on plasticity. The stimulation and sensory input of the environment will have a direct effect on how the brain grows and changes. Similarly, if you have a genetic predisposition toward learning, you are more likely to take in and retain information and skills more quickly.

There are two types of neuroplasticity:

Both types of plasticity can be harnessed to improve our brains. 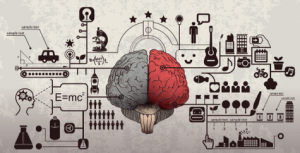 With the right circumstances, the power of brain plasticity can help adult minds grow. Although certain brain functions decay with age, people can tap into plasticity and refresh the brain.

Targeted brain plasticity exercises help to keep our brains fit. Even those suffering from brain damage may be able to retrain their brains for better function. The key is identifying what brain functions to target and how to best exercise them.

Researchers suggest that there are various methods of harnessing brain plasticity:

Traveling encourages neurogenesis by exposing your brain to new, fresh, and complex environments. Paul Nussbaum, a neuropsychologist from the University of Pittsburgh explains, “Those new and challenging situations cause the brain to sprout dendrites.” And a week-long tour of another country isn’t necessary to get this benefit; take a weekend road trip to a different city.

Memory training promotes connectivity in your brain’s prefrontal parietal network and can slow memory loss with age. Mnemonic devices combine visualization, imagery, spatial navigation, and rhythm and melody, so they can reach various parts of the brain simultaneously.

Musicians’ brains show sharp connectivity between brain areas. Neuroscientists explain that the multi-sensory experience of playing a musical instrument allows for the association of motor actions with specific sounds, and memorizing visual patterns leads to new neural networks being formed. As you practice a new instrument, the repetition will allow for neuroplasticity to do its work.

Studies show increased and ongoing connectivity in the brains of participants after reading a novel. Enhanced brain activity occurred in the brain area that controls physical sensations and movement. Scientists explain that reading a novel can be a physical transportation into the fictional world. Shifting into this mental state is crucial for learning how to have complex social relationships.

When you learn new words, the brain’s visual processes, memory processes, and auditory processes activate. The smaller your vocabulary, the more likely you are to have poor cognitive skills.

Studies show that sleep “helps learning retention with the growth of dendritic spines, the tiny protrusions that connect brain cells and facilitates the passage of information across synapses.” Getting 7-8 hours of sleep each night will help the brain retain information.

How Exactly Does Plasticity Improve the Mind? 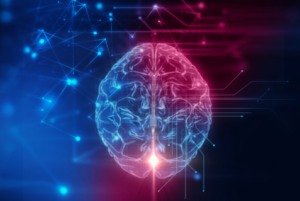 In his book, Soft-Wired: How the New Science of Brain Plasticity Can Change Your Life, Dr. Michael Merzenich, a leading pioneer in brain plasticity research and co-founder of Posit Science, lists ten core principles necessary for the remodeling of your brain to take place: 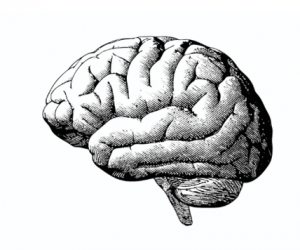 We can understand that the brain is designed to be stimulated and challenged, to carefully examine and interpret the environment, and keep track of the details, all of which is necessary for survival.

But, people in society tend to remove themselves from details of life. They don’t keep track of things in their heads anymore; they use smartphones with speed dial, address books, and reminder features. They rely on GPS rather than paying attention to street signs and navigation skills.

As we age, we go from the acquisition of abilities to using the abilities acquired earlier in life. We operate on autopilot. The skills and tasks we have mastered are done simply by rote. We are largely disengaged.

Modern culture has reduced stimulation on the functional level, while we engage ourselves at an abstract level of operations. Details no longer matter and our brains are deteriorating as a result. As we continue to disengage from the simple act of memory recall, we are letting our brain plasticity lie dormant.

But, it is more than possible to maintain plasticity as we age. Humans have the ability to learn new things, master new skills or learn new languages, even into old age. This example of neuroplasticity will most likely involve structural and biochemical changes at the level of the synapse.

Adult brains remember new activities through repetition. When an enriched and stimulating environment is offered to a damaged brain, recovery can occur. Not everyone will be able to recover, however. The amount of brain damage and the treatments and rehabilitation will be the key to engaging neuroplasticity.

The brain is an amazing source of skill, memory, and functionality. Its ability to continuously improve functionally and structurally make human beings one of the most sophisticated creatures on the planet.

We all have the power to train, modify, and heal our own brains through hard work, focused effort, and a belief in the power of the mind. 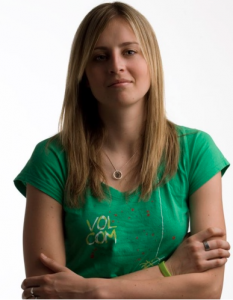 Guest post author Anna Kucirkova speaks 3 languages has a passion for kids and writing. While she has been to many places in Europe and SE Asia she still wants to explore the rest of the world.